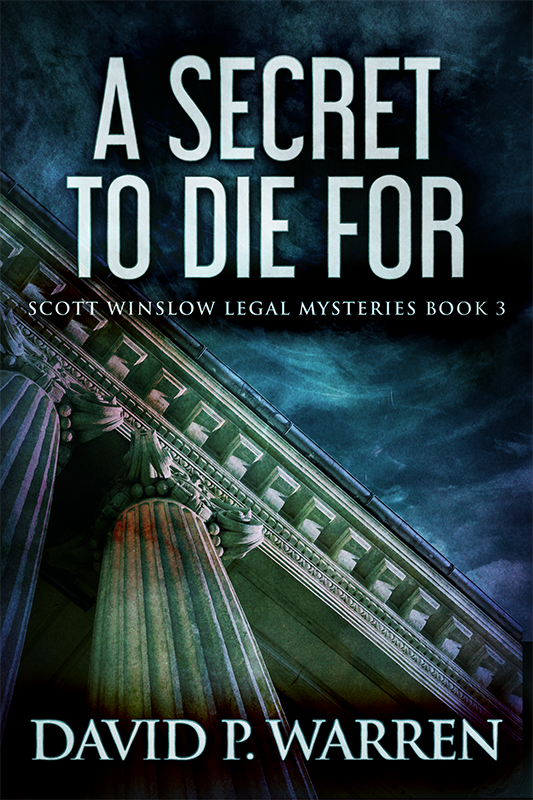 A Secret To Die For

When two executives in the pharmaceutical industry step forward to complain the drug test results being published are not accurate, they don’t expect to be fired; and they don’t expect anyone to be stalked, beaten or killed. They have no idea what they will be up against for revealing a secret that will cost their employer billions of dollars.
Aligor Pharmaceuticals has a new drug. One that they say will revolutionize cancer treatment, with the possibility of rescuing many in the final stages of the disease. And Delexane is only weeks from FDA approval as the phase three trials conclude. The product is already generating millions of dollars with news of its arrival causing the stock price to soar. In a couple of months, the product will be released and millions battling cancer are expected to benefit. The problem is, the sixty-five percent success rate that resulted in the first two phases of the drug test has fallen to only twelve percent in phase three, the biggest test group of the product trials, but Aligor continues to publicize a sixty-five percent success rate. Witnessing the failures of phase three, Aligor executives Martin Cardenas and Justin Palmer repeatedly approach Aligor’s top management about the discrepancy between the results the company continues to publish, and the results actually documented. To the CEO, their continued silence becomes a question of loyalty and when they author a letter that would disclose what was happening to regulatory authorities, they are both abruptly terminated—and the fight begins.
This is a timely story of a drug that is desperately needed in society. But Delexane is about to rushed to the market and released prematurely, with its true performance and side effects hidden from the public. And when a drug company doesn’t disclose the real data about a potential new drug to regulators or the public, there are millions of potential victims.
Attorney Scott Winslow accepts representation of fired executives Cardenas and Palmer and goes to war against the pharma giant. As the battle rages, Martin Cardenas and Justin Palmer find themselves stalked and threatened and Investigator Lee Henry goes to extraordinary lengths to discover and access evidence that will make a difference. And you will find yourself up late reading as compelling characters go to battle and bring you face to face with the unexpected.
Buy on Amazon
Listen on Audible

Adam Mason is a partner in the new law firm of Broderick and Mason. He is a smart guy who runs a real estate, stock, and investment practice. He manages portfolios and investing for many well-off clients. People rely on Adam’s expertise and they find him trustworthy; they shouldn’t. Adam has an addiction to gambling. After Adam burns through savings he and his wife, Christine, have worked hard to save, he starts on client money. His theft is about to come to light when a stranger appears with large sums of money to invest and large commissions for Adam. Adam knows that he should find out where this money is coming from, but he has to have this client’s money to keep himself out of jail.
Christine Mason is Adam’s wife. She is a brilliant psychologist and a skilled counselor who made a big mistake. Christine allows herself to become romantically involved with one of her patients.  When she tries to end the affair, the patient refuses and blackmails her; unless she continues with the affair, he will go to the State Board of Psychology and to her husband. Accompanied by her friend, Beth Braddock, Christine goes to the patient’s house to confront him and persuade him that the affair must end it all comes apart as he dies in the ensuing struggle and Christine and Beth flee the scene.
Paul Braddock is Adam’s law partner and is unaware of Adam’s gambling habit and his use of client money. The FBI is watching Adam’s investor and then they start to watch Paul and Adam, suspecting fraud and money laundering. An experienced and insightful police detective knows of Christine’s relationship with her now deceased client and is building a case to charge Christine and Beth with homicide and obstruction of justice.
When the FBI sets a trap for the mysterious investor, nothing goes as planned. The Masons and the Braddocks find themselves targeted from all directions. Staying out of prison, and even survival, both quickly become longshots for the Masons and the Braddocks.
Buy on Amazon
Listen on Audible 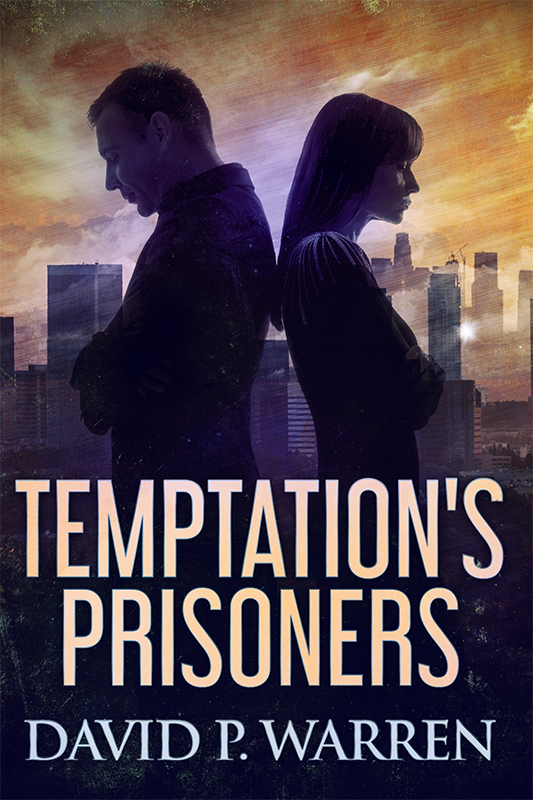 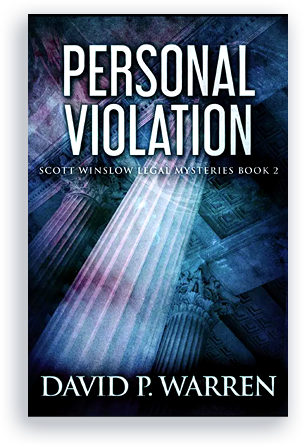 Attorney Scott Winslow, and CIA Agent turned investigator, Lee Henry, of “The Whistleblower Onslaught,” are back with another extraordinary case.
“Personal Violation,” is a fictional account of a real world horror. A company CEO sexually harasses a female executive, and then rapes her on a business trip. The female executive, Sarah Willis, is profoundly affected, and faces the psychological impact of this violent attack in every aspect of her life. She must decide whether she will bring a case against the perpetrator. When she does, she is fired, allegedly for poor performance. Then comes claims that Sarah made up the rape to keep an affair secret from her husband.
Attorney Scott Winslow takes on Sarah’s representation, and investigator Lee Henry employs his CIA background, and his unorthodox practices, to chase evidence to help Scott prosecute the case, and discovers something else along the way. This story is fictional, but depicts a frequent reality. It portrays the substantial injury caused by rape, as well as what a woman who makes a stand confronts in seeking justice. The story also provides insights into the legal system as the case makes its way to trial.
Scott Winslow goes all in on the case, and Lee Henry looks behind opaque curtains to search for evidence, in keeping with Lee’s way of getting where no one is permitted to go—Just don’t ask how he does it. As fans of David P. Warren books know, you can expect twists and turns along the way.
As an attorney, David P. Warren represented many victims of harassment and sexual assault, and has seen the impact on the victims, how easily the perpetrators seek to dismiss the conduct by denials and allegations of consent, and how companies are forced to try to shield them for liability purposes. With the “Me Too,” and “Time’s Up,” movements out there, our culture is beginning to gain an awareness of what has taken place for many years, yet sexual harassment and sexual attacks remain pervasive. Some studies show that over eighty percent of women have been, or will be, subjected to sexual harassment. One in five women will be raped, and one in three the subject of some form of sexual violence! According to some studies, more than half of rapes and sexual attacks go unreported, often for fear that the victim will not be believed or will be victimized all over again by virtue of reporting. Lifelong damage is done to the victim and the message to the perpetrator may be that he can act without challenge.
“Personal Violation” is an enthralling story driven by believable and compelling characters. You won’t want to put it down!

Regular people going about their usual lives and business. On a busy day, on the streets of Los Angeles, the lives of the randomly chosen will change forever. All of them are fated to be in the wrong place at the wrong time. All of them will become hostages in one of the most remarkable bank robberies of all time.
Two disguised men calling themselves Mr. Abbott and Mr. Costello and speaking only in electronically altered voices take the bank, and the hostages, in broad daylight. Three police agencies and a SWAT Team surround the building and the media films the bank from all visible angles. Everyone is locked in place and everyone is watching.
A police negotiator arrives on the scene and engages Mr. Abbott, seeking to assure the safety of the hostages and the non-violent surrender of the perpetrators. The police command considers all possible moves and the negotiator takes center stage. After several communications, the hostages slowly walk from the bank and are greeted by the waiting police and paramedics. As the hostages are interviewed by the police, the building is cleared room by room. No one remains inside. With hundreds of eyes on the building throughout the crisis, both the hostages and almost seven hundred thousand dollars have disappeared---it doesn’t seem possible. The perpetrators and the money are simply gone.
The robbery and the media attention exposes secrets that forever change the lives of some of the hostages. The personal trauma for some of them has just begun, as the ripple effects of the robbery and the national media attention it brings turns their worlds upside down and threatens their future lives. LAPD Detectives Stacey Gray and Jeff Butler begin an incredible journey to discover what happened; how the perpetrators and the money just disappeared leaving no forensic evidence. Who are they? Where are they? Where is the money? And the tenacious detectives will not give up—no matter what. 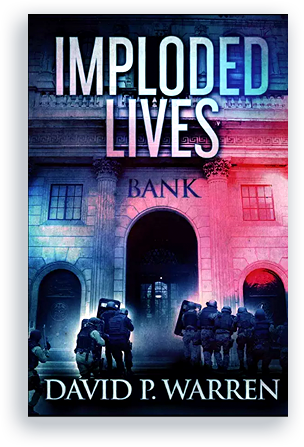 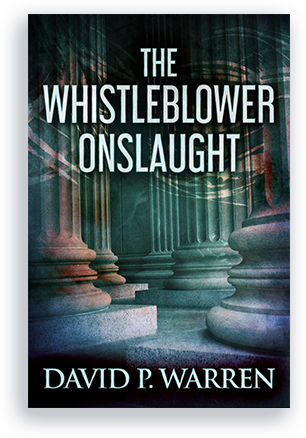 When experienced employment attorney Scott Winslow takes on a whistleblower case for a fired energy company executive, actions are set in motion that will change lives forever. As he pursues the lawsuit, he discovers government records have been changed to hide corporate liability in the wake of a mine explosion. He then discovers that the records keeper was blackmailed by a covert entity hired to protect the company. And something else--there is someone out there who wants the case dismissed at all costs; enough to threaten, bribe and even kidnap Scott’s two young children.

The story of Lynn Kelly, whose dreams upon discovery of a million dollars in cash soon become nightmares, as she is relentlessly pursued for the money and something else—something she doesn’t even know that she has. When Lynn discovers what she has stumbled upon, she soon learns that there is no way back and nowhere to turn. Neither her unidentified pursuers, not the police, can allow her to publicly reveal what she has discovered. As Lynn attempts to run, people around her are used as pawns in a game with no limits. Lynn’s pursuers will stop at nothing to recover the money and the object. 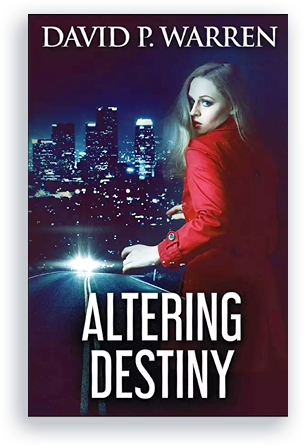 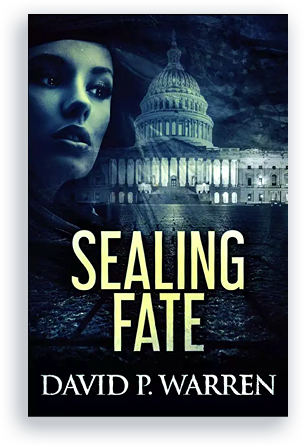 Successful attorney and newly elected California Congressman Brian Madsen has a ten year marriage to his beautiful wife and seems to have it all and has done everything right—until now. At his inaugural celebration, a congratulatory kiss from a campaign staffer becomes passionate lovemaking in an upstairs bathroom. The guilt he is awaiting never finds him—but obsession does. Brian becomes involved in an embroiling affair and his fate is sealed. A fate that will lead to blackmail, murder and mortal danger to anyone Brian turns to for assistance, until there is nowhere left to turn.